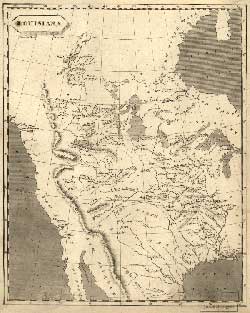 On this day in 1772, the New Regulations for Presidios were formally issued by King Charles III of Spain.

They changed the settlement pattern of Texas. Since Spain had acquired the Louisiana Territory from France near the conclusion of the French and Indian War (1754-63), Texas was no longer needed as a buffer against French designs, and the expense of maintaining military establishments in East Texas could be eliminated. The New Regulations were based on a 1769 report prepared by the Marqués de Rubí after he led a massive, twenty-three-month inspection tour from Sonora to Texas. The regulations established the Provincias Internas, a huge semiautonomous administrative unit of nine provinces, including Texas, and a defensive cordon along the new “realistic” frontier that consisted of fifteen presidios spaced 100 miles apart. This new frontier ran from the Gulf of California to El Paso, then along the Rio Grande to San Juan Bautista, and thence to Matagorda Bay. Although San Antonio was behind the line, it was not abandoned because of obligations to Spanish settlers and converted Indians there.